Here, our list of favorite group coupon sites–read on to find out about the sales and deals that are just waiting…

Groupon offers customers a deal a day on fun things to do, see, and eat in various cities. These virtual coupons give you 60% off teeth whitening and 50% off a three course meal. In order to get the deal, a certain number of people must buy it, if not, the deal is canceled.

Living Social e-mails members a group coupon a day from local businesses in different cities. Offers include 55% off bus tickets from NYC to DC, or $30 worth of food for $15. You only have one day to buy the bargain, and if a certain number of people don’t buy it, the deal is canceled.

Bloomspot offers members local deals in various cities like $150 worth of hair salon services for $75, or $65 for two personal training sessions that would normally cost you $200. Unlike other group coupon sites, a minimum number of people don’t need to buy the deal for everyone to get it. Once you buy the deal, it’s yours. Available in New York, San Francisco, Los Angeles

Buy With Me gives members a limited amount of time to purchase coupons from businesses in different cities. Deals include 70% off spa treatments, or 50% off Chinese takeout. If a certain number of people don’t buy the deal, the coupon is canceled, but you aren’t charged anything. Send the deals around to your friends, and if they sign up, you get an e-voucher–allowing you save even more money.

Gilt City posts major discounts weekly on food, salon packages, wine tastings, and more. The deals are limited in quantity and are only available to buy for one week.

Signpost is the community-powered local deal site that enables neighbors to find and share deals – everything from the weekend-only sample sale and the too-good-to-be-true happy hour, to those hidden finds you hear only about when you’re in the know. Expect deals like $10 to your favorite lunch spot for $5, or 56% off of a haircut. There are a limited quantity of deals available, so once you buy, the voucher is immediately yours.

KGB Deals offers daily coupons on 50-90% off of things to do, eat, wear and enjoy in your city. Log on, buy a deal before it expires, and if the deal meets its activation point (the minimum number of customers required to get the deal), you get bargains like $98 worth yoga for $19, or $115 spa packages for $38.

My Daily Thread e-mails members one deal each day with a limited amount of time to buy it. Unlike other group coupon sites, you automatically get the deal no matter how many people buy it, but if a certain number of people do purchase the deal, it comes with a bonus. For example, you can get $25 worth of tea for $10, and if 50 people buy the deal, everyone gets an additional buy one get one free bonus tea.

Dealinium e-mails members a deal a day that has a limited amount of time to buy it. There is no minimum number of shoppers needed to get the deal, but there is an opportunity to win prizes like an Apple iPad or Christian Louboutins. Simply use credits (which you can buy or receive with every deal you buy) to guess the price of a daily prize. The shopper who estimates closest to the actual price wins the prize.

Lifebooker Loot provides the “loot”-food, salons, shopping-daily for a limited time. A certain amount of people need to buy the daily “loot” in order for the discount to be received. But credit cards are accepted, making it easier for everyone to score a great deal.

Tippr provides the subscriber with 3 deals daily for your city via email and then encourages the users to ‘share it.’ The more people that buy the deals, the bigger the discount. After you buy a discount, you receive a voucher (also via email) that you can use like a gift certificate at that business. 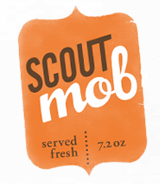 Scoutmob creates deals at local places in your area and they send them to your email once you subscribe. If you like a deal, you send it to your phone to use while in store or at the business. New deals are sent to your email everyday so you are encouraged to keep checking for better and better deals.

With Scoop St., you have one day to grab a deal. In order for the deal to work or be activated, the site needs a minimum number of people to purchase it before it goes live. After it’s live, you can purchase it with the Get It button and after the deal closes, you’ll get an email that has a print-out voucher that you can bring to the featured business.

Plum District is a deal-based site that deals specifically with the needs of a mom. They work with semi-volunteer groups of moms online to garner the best deals to make moms’ lives easier.

HomeRun allows the user to check out the deals they have for the day and encourages them to share the deal with friends and family. After a certain amount of people buy the deal, everyone gets it. All new offers that are posted get sent to your email once you become a subscriber.

The Dealist sends a daily email telling their subscriber one great thing to do in their city as well as a deal or offer for the reader. The goal is to show the readers where to go or do the things they are interested in while connecting them with businesses that are looking for that type of customer.

DealOn provides members with access to deals from your local businesses that will provide unique and interesting experiences. The deals are only for a limited time and are limited in quantity. DealOn also makes it a point to have deals on their site that you will not find anywhere else.

Check out our guide to online sample sales, and see all of our favorite sales and deals, too.  Get the lowdown on more coupon sites while you’re at it.